Managing Conflict in the Workplace 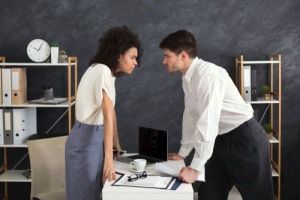 It is in everyone’s interest to both resolve and prevent workplace conflict. There is strong evidence to show workplace conflict has a lasting impact on mental health, productivity and the ability of a business to maximize its potential.

Every business needs to have a plan of action for how to confront, resolve and prevent conflict for the good of its employees.

Handling workplace conflict is never easy. There are so many causes of conflict, and they all require a different approach. Conflicts over leadership style, cultural differences and interdependency are the most common reasons why friction may occur between workers.

The reality is every person is different, and everyone cannot get along 100% of the time. Businesses should seek to act quickly and decisively to address the situation and prevent it from getting worse.

Talk With All People Involved

The most important strategy for both employers and employees is to communicate. A lack of communication will only allow the situation to fester, and misunderstandings can inadvertently worsen the conflict.

Request a meeting at a convenient time with all persons involved. This should be done privately and discreetly.

Focus on Behavior and Events, Not Personalities

The language a mediator uses in a conflict will have a big influence on the outcome of that conflict.

It may seem like a subtle difference, but try to focus on specific instances of behavior and the events which took place. Avoid generalizing and focusing on the personalities of the party involved.

An easy way to master this tip is to avoid the personal pronoun ‘you.’ When people are targeted directly, they may take the feedback personally, which will only deepen discord.
Refrain from finding someone to blame. 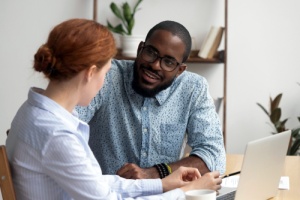 Communication is important, but listening is critical. Everyone at work is an adult, and nobody wants to be talked down to. Everyone should feel as if they are being given the respect they deserve.

Avoid interrupting the other person. When they finish speaking, try to ask additional questions to clarify what they said. Rephrasing what they said also sends the message that they are not only being heard but they are being understood.

Ultimately, resolving conflict is not only about listening but about tackling the situation head-on.

Never ride roughshod over someone else in order to advance the mediation process. It is important everyone remains satisfied and committed to finding a resolution.

In situations where both parties have failed to deal with their differences, chances are there are multiple areas of conflict. Try to focus on the main areas of disagreement. Make sure all parties agree on the areas of conflict which should be addressed first.

Develop a Plan to Work on Each Conflict 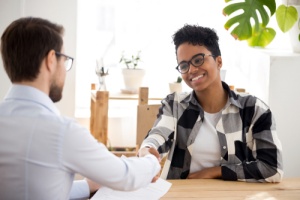 Once the areas of conflict have been prioritized, it is time to come up with a plan to work on each of these conflicts.

The focus should be on the future, rather than determining who was right. If conflicts are particularly nasty and personal, mediators should be willing to set up future meeting times to continue the discussion. Do not try to resolve everything in one meeting because it may appear forced and, in reality, will solve nothing long-term.

For example, if there are personal issues between employees, it may be worth having a casual meeting with the mediator over lunch after a more formal meeting.

Actions like this can make it clear that both parties have more similarities than differences.

Forcing two employees to shake hands and apologize is not a conflict resolution plan because it does not address the core issues. It just sets the stage for further conflict in the future.

Stick with the plan until the areas of conflict have all been addressed. Both parties should agree when sufficient progress has been made.

The plan should be a collaborative one at all times. Resolving conflict is a team-based project, and this should be reinforced regularly.

Finally, employers and those in leadership roles should provide positive reinforcement as employees work through the plan. Tell them how much of a good job they have done.

Get Help for Workplace Conflict from HR Search and Rescue

Workplace conflict is something that every business will need to deal with at some point. Avoiding the problem or responding to incidents by moving or firing someone is not a good way of making your business a better place to work.

Get help with developing a comprehensive workplace conflict resolution plan by getting in touch with HR Search and Rescue.

HR Search and Rescue can provide you with the tools you need to create a happier, more harmonious place of business.