Different Types Of Conflict In The Workplace 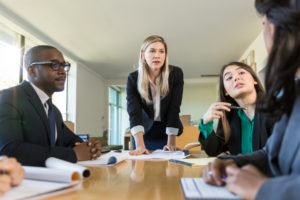 It is not just in the interest of employees to resolve the conflict but for business owners too. The cost of conflict is immense, with an estimated $359 billion in paid hours lost to workplace conflict every year.

To resolve workplace conflict, it is important to know about the different types of conflict, how they differ and how to approach each type of conflict.

Why It Is Important To Handle Workplace Conflicts

Workplace conflict is in everyone’s interest to prevent. There are huge financial costs caused by lost productivity and low morale. Team cohesion is destroyed, and in the worst conflicts, it can even lead to lawsuits.

What is impossible to measure is the impact on mental health. Conflict can cause long-lasting mental health problems, with anxiety and depression being the most common.

This does not just cause problems for employees at work. It extends to their whole lives, which can lead to severe mental illness and addiction.

Types Of Conflict That Could Occur In The Workplace

It is the duty of both employers and employees to do everything they can to create a harmonious workplace.

The first step in resolving and preventing conflict is to understand the different types of conflict that could occur.

A common topic of discussion is different leadership styles found in the workplace. However, never forget there are also different work styles.

Some people prefer to work as part of a group, whereas others prefer to work independently. Others need external input and some workers only need to be told once.

Everyone has a different work style, and employees need to respect that. It is also down to the management team to acknowledge how employees perform best, even if they would otherwise prefer everyone to operate in the same manner. 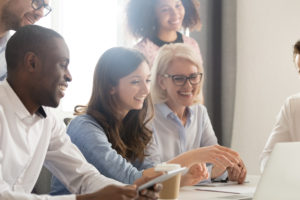 Everybody is different. Personalities are unique to the individual, and they influence everything a person does.

Personality based conflicts are one of the leading causes of workplace conflicts. They are largely influenced by the perception of another’s character and actions.

For example, if a manager yells at someone who made a mistake, some may consider it abusive, whereas others may agree with the manager’s decision because they share a similar personality.

The best way to tackle these conflicts is to foster a culture of empathy and understanding of one another’s feelings.

Every leader will decide to lead their team in a different way. This will be influenced by their personalities and previous experiences. Differing and conflicting leadership styles, however, often create irritation and confusion.

There is also the issue of ego within leadership roles. Approximately 49% of all workplace conflicts are caused by warring egos. Avoid giving people leadership roles based on performance alone because a high performer with an ego can derail the whole team.

Employers should seek to clearly define the core values of the company and create an inclusive company culture.

Workplace diversity has become an increasingly prominent issue in recent years. Despite the fact that employees have more similarities than differences, cultural issues can still arise.

Striking the right balance can preempt potential disputes and ensure that, if they do occur, they are not repeated.

The source of most cultural conflicts is a simple lack of understanding. One way of managing this problem is to invest in professional workplace diversity training. Professional HR providers will be able to present a program that helps enhance understanding between employers and employees. 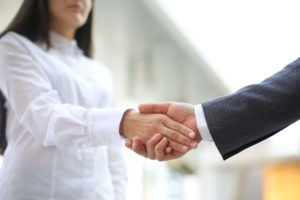 Otherwise known as interdependence conflicts, employee to employee conflicts occur when a worker has to rely on someone else to cooperate in order to complete their work.

For example, the company accountant cannot submit their monthly reports if the sales team has failed to input their figures.

This can be extremely frustrating for the team and may lead to disruptive behavior if it happens repeatedly.

Employers can help prevent these interdependence conflicts by assigning clear roles and responsibilities to each employee while ensuring there is real accountability.

Workplace conflicts are a serious issue for both employers and employees. When permitted to fester, these conflicts can grow and prevent the business from reaching its full potential.

If you are struggling to manage conflicts in the workplace, it is time to get some professional input.

Contact HR Search & Rescue for more information on the systems that can be put in place to both prevent and resolve conflict.