What Are Microaggressions In The Workplace? 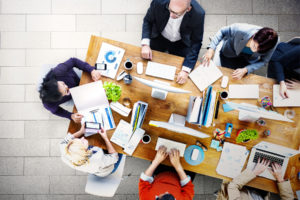 Microaggressions have become a prominent topic of discussion with regards to schools and workplaces in recent years.

Microaggressions can be verbal, behavioral or environmental. What makes microaggressions such a tricky topic to address is they are not necessarily overt. They can also be intentional or unintentional.

In a study entitled Women in the Workplace, 64% of women reported experiencing this type of discrimination, with women from minority backgrounds reporting much higher rates of discrimination.

This form of discrimination creates a toxic work culture, and both employers and employees must be committed to stamping it out.

What Is A Microaggression?

Microaggressions focus on negative racial, gender, sexual and religious stereotypes. These interactions are considered to be brief and commonplace, with indignities ranging from behavioral to environmental. Microaggressions do not have to be intentional.

They are different from explicit harassment and discrimination because they are not blatant. This means employers and employees find them difficult to spot; therefore, it is rare for action to be taken.

It is not uncommon for victims of microaggressions to have their concerns dismissed as dramatic or overreactive.

This can lead to both disharmony and disunity in a workplace, which can directly impact a business’s ability to fulfill its potential.

Microaggressions are often difficult to pinpoint for both the perpetrators and the victims. Emphasis has been placed on reducing explicit workplace harassment and discrimination, but, historically, little attention has been paid to the daily microaggressions people face.

Employers and employees must familiarize themselves with the most common instances of workplace microaggression and how to minimize them.

Being Rude Towards A Coworker Of A Different Sex

Significant emphasis is placed on microaggressions towards women. However, men are also vulnerable to microaggressions, particularly in traditionally female-dominated roles, such as nursing.

Rudeness towards a coworker of different sex does not have to be overt. For example, it could include ignoring what a woman is saying or dismissing her views and opinions.

Mansplaining is the most well-known example of this. Microaggressions towards coworkers of a different sex have led to incredible statistics like: men take up 75% of an average business meeting, with women often afraid to speak up.

Singling Out A Coworker Based On Race Or Ethnicity 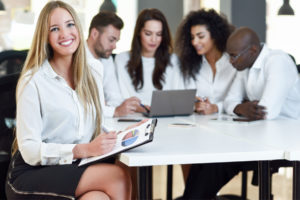 They do not have to involve negative stereotypes. An assumption that a coworker of Indian heritage loves Bollywood is a type of racial/ethnic microaggression, for example.

A coworker assuming that a coworker who was born in Pakistan must celebrate the Muslim festival of Eid is also a racial microaggression because it assumes they must be a practicing Muslim simply because of where they were born.

Making assumptions regarding intelligence, merit or qualifications based on who the person is is another common form of microaggression in the workplace.

Saying that a woman or a person of color is on the board of directors simply because the company needed to fill a diversity quota is a microaggression which undermines that person.

Another version of this type of microaggression could be joking that an Asian coworker is automatically good at math. It may seem like a positive comment, but it is a microaggression because it is a claim expressed on the basis of the person’s ethnic background.

How Microaggressions Can Be Harmful

Microaggressions may seem harmless. They are easy to dismiss as ‘just a joke’ or that the victim is being overly dramatic. This happens across every industry in every area of society.

Psychologist Derald Wing Sue from the University of Columbus states that over time, unchecked microaggressions lead to reduced self-confidence and self-image in victims.

There is also evidence to show that some of the long-term effects of microaggressions include serious mental health problems, such as trauma, depression and anxiety.

What To Do If You Notice Or Experience Them

Getting angry or explaining microaggressions in the heat of the moment may just make it worse. Take a deep breath, process what has happened and consider what to do next.

If the person is amenable, talk to them privately. Express that their comments/actions are making you feel uncomfortable.

Notifying an authority figure privately can also have an impact if a private conversation does not stop the microaggressions.

Speak With An Independent HR Consultant 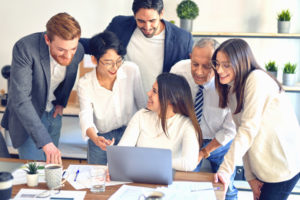 Microaggressions are a serious issue in the workplace for both employers and employees. This is a relatively new concept, and the overall understanding within the U.S. is low.

Speak to the HR experts at HR Search & Rescue to find out more about microaggressions and how to tackle them.